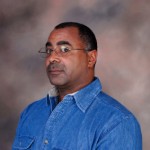 When people find out how much tax they would have to pay to convert their IRA from traditional to Roth, it’s often times a conversion show stopper.  Even if all the analysis shows that conversion would be clearly beneficial to their after-tax retirement income levels or provide estate planning benefits, there’s a gigantic psychological hurdle with writing a check to the IRS sooner rather than later.  However, the conversion decision can become more attractive when you realize it’s not an all or nothing decision.  You can choose to convert just part of your traditional IRA balance.

How do you decide how much to convert?

One reasonable way of determining how much to convert is doing enough to take you to the top of your current tax bracket without going into the next one.  You might also determine how much of a tax bill you would be willing to pay, and then calculate the conversion amount based on that.  For most, one of these two options will create the most appealing results.

There is a third option in the “fancy financial footwork” category.

This third option will result in far too much paperwork for many individuals to want to deal with it, especially for a smaller traditional IRA balance.  But if you have a larger IRA – say $50,000 or more – the extra work might be worth the tax savings.  Conversion is not an irrevocable decision until you get to the tax filing deadline of the next year (October 15 for most people).  This 21-month window from January 2010 until the deadline to “recharacterize” the conversion creates a Roth Segregation Opportunity, pioneered by David Marotta of Marotta Wealth Management in Virginia and written up in a recent Financial Planning Magazine article.

Using the Roth Segregation Strategy, you convert your entire traditional IRA balance in January 2010.  Let’s say the balance is $100,000 for easy math.  Instead of putting the entire conversion in one account, you put $20,000 in each of 5 accounts.  Each of these 5 accounts is invested in a different equity asset class – you might do 20% large cap growth, 20% large cap value, 20% small cap, 20% developed international, and 20% emerging markets.  Then, around the beginning of October 2011, you assess which of these asset classes has performed the best.  You keep the converted IRA with the best performance and recharacterize each of the other 4 back to traditional IRAs.  This limits your tax liability (payable on 2011 and 2012 tax returns) to just the taxes on the $20,000.  Of course, if multiple asset classes performed extremely well, you might choose to keep more of the conversions.  Or if they all declined in value, you would likely recharacterize them all.

This strategy is not a simple one.  It requires a lot of analysis and rigorous tracking of the paperwork to ensure that everything is completed properly.  You would also want to ensure that going with such an aggressive equity allocation in your IRA over the 21-month period made sense within the larger context of your portfolio, time horizon, and risk tolerance.  And for those that plan to do a full conversion vs. a partial, there’s no benefit to setting up all the different accounts.

But for those of you who relish a little financial creativity and don’t mind complexity, this can be a pretty cool opportunity to analyze and implement – and unique to the 2010 opportunity to spread taxes over 2011 and 2012.