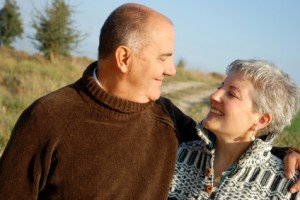 Depending on your income, premiums for Medicare Part B could cost more than the standard rate ($144.60 per month in 2020). This is referred to as IRMAA – the income related monthly adjustment amount. In 2020, Part B premiums will cost more if your modified adjusted gross income (MAGI) is higher than $174,000 for those who file a tax return as married filing jointly and $87,000 for those who file a tax return as single. The income that this is based on is income from two years ago. So, the 2020 IRMAA brackets apply to income from 2018.

According to the IRS website, the 2020 IRMAA brackets are: 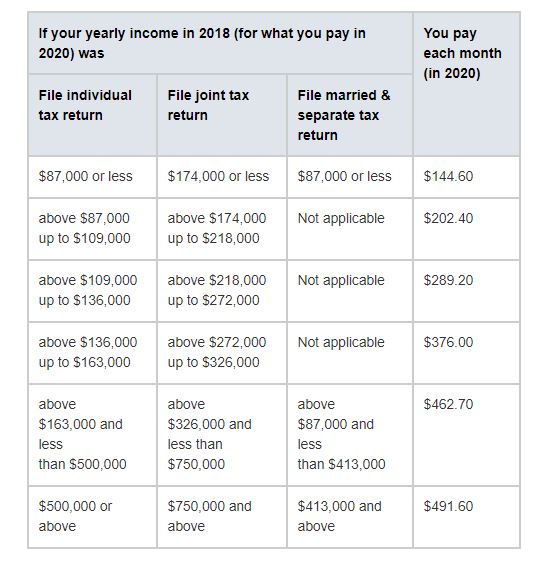 One significant change for 2020 is that the income thresholds will now begin to inflate every year (except for the very top bracket). Let’s say you are considering a Roth conversion. Before 2020, we could convert a certain amount and know what the impact of that income would be – even though it wouldn’t come into play for two years. That’s because the income thresholds didn’t inflate. Now that they are indexing for inflation, there is some added complexity. The trick is that the IRMAA brackets for two years out aren’t available in the current tax year (ie. the 2022 brackets won’t be released in 2020).

Ultimately, this change is a great thing! Even though there are some moving pieces to the puzzle, you could convert additional dollars because the income thresholds are adjusting from year to year. If Roth conversion don’t apply to you but you have high income, it should be a relief to know that these brackets won’t be stagnant for the foreseeable future.

Another important note is the definition of MAGI. There are multiple definitions of MAGI and the right definition depends on what you are using it for. For IRMAA, MAGI is adjusted gross income (AGI) plus tax-exempt interest from municipal bonds. This definition is different from almost every other definition of MAGI!

It’s important to be aware of the possibility of additional Medicare costs so they don’t sneak up on you. There are many tax planning strategies in retirement and often times, the IRMAA brackets are part of the planning equation. This is one of the many ways we like to add value for our clients. If this topic pertains to you and you have questions, feel free to reach out to us. We would be happy to help you sidestep the complexities involved with retirement tax planning and IRMAA.